Striking for the climate? Free Our Unions public meeting

This event has passed. 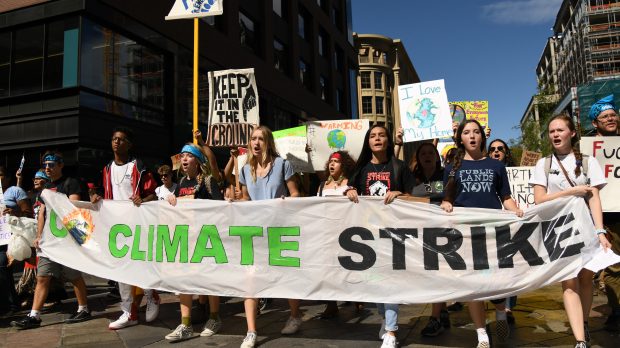 Striking for the climate? Free Our Unions public meeting

A public meeting organised and hosted by Free Our Unions campaign, with guest speakers form a range of organisations including Earth Strike UK.

Our window to stop and reverse worsening climate catastrophe is narrowing. To defeat climate change, we need to radical action from governments, and, ultimately, a change in how our economies are organised. To achieve that, workers need to take action.

But in the UK, workers are legally prohibited from striking over so-called “political” issues, such as climate change. Many unions have supported “climate strikes” by young people, but the restrictive legislative framework we face holds us back from fully using our own power.

This public meeting will discuss that legislation, how we can confront it, and what kind of action workers might need to take to address the climate crisis.

Ian Byrne, MP for Liverpool West Derby
Ian is a Labour MP and a member of the Socialist Campaign Group.

Fliss Premru, Campaign Against Climate Change Trade Union Group
Fliss is a former transport worker and trade union activist, who has been active on environmental and climate issues for many years.

A Fire Brigades Union (FBU) activist
Climate change is an immediate workplace issue for fire fighters, as they deal with the impact of increasing extreme weather events. The FBU has been a leading voice in the labour movement, including the Labour Party, for a socialist “Green New Deal”, and against anti-strike laws.

An activist from Earth Strike UK
Earth Strike is a group of anti-capitalist activists active around the issue of climate change, building towards strikes to demand climate action.